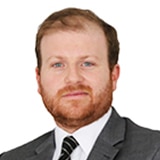 Dr Adrian Camilleri is a consultant within GANADO Advocates’ Corporate and Litigation teams. Prior to joining GANADO Advocates, Adrian ran his own legal practice for thirteen years. He specialised in litigation, including criminal law cases, and had an extra-judicial practice with with a focus on matters relating to Sports Law; Company and Commercial Law, and aspects of Civil Law including Family Law. He has been appointed by the Courts on numerous occasions as a legal referee and arbiter in civil and commercial matters and has also been appointed as a court expert in criminal inquiries.

Dr Adrian Camilleri is a consultant within GANADO Advocates’ Corporate and Litigation teams.