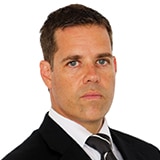 Dr. Anthony Cremona leads the Trusts and Foundations team, advising Malta based domestic and international trustee-companies. Offering a full service, Anthony not only counsels on substantive trusts and foundations law, but actively engages in structuring Maltese trusts and foundations for a diversified client base. He has further assisted a vast number of international players in this sector with obtaining MFSA authorisation or with other regulatory and non regulatory matters in the trust law field, and advises across the spectrum of applicable regulation. Anthony represents a number of local trustees in respect both of substantive trust law matters as well as in respect of regulatory matters, including in judicial proceedings before the Courts of Malta.

Anthony has also developed the firm’s Anti-Money Laundering and Counter Terrorism Financing practice, assisting licensed and non-licensed entities with applicable legislation and sector-specific guidelines. He is the Malta Chamber of Advocates representative on the Joint Committee of the Financial Intelligence Analysis Unit and sits on various other committees active in this area and in the area of trusts and foundations law.

An external examiner and tutor for post-graduate dissertations in these fields, Anthony is also a visiting lecturer at the University of Malta on the subject of trusts and foundations law. He is the country-editor for the ‘Trusts and Trustees’ Journal, and has been invited to speak at numerous international conferences on the subject of trusts and foundations law (including the 25th, 26th and 28th Annual Transcontinental Trusts Conference in Geneva, the International Trusts Congress in London and various local and international STEP conferences). Anthony has been nominated as the as co-chair of the 2015-2016 STEP Malta technical committee.

Anthony has written the Malta Chapter of the international book ‘World Trust Survey’ (edited by Charles Gothard and Sanjvee Shah) and of ‘Private Foundations World Survey’ (edited by Johanna Niegel and Richard Pease). He has contributed to or provided chapters to the ‘An Introduction to Maltese Financial Services Laws’ published by the Institute of Financial Services. Anthony has also contributed various articles to local and international journals on the subjects of his practice areas.

Anthony Cremona leads the firm’s trusts and foundations team. A source describes him as “very proactive, a hard worker, very approachable, easy to talk to, and good company.”Chambers High Net Worth 2018