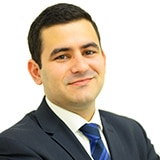 Clement Mifsud-Bonnici is an Associate at GANADO Advocates. He assists clients in commercial and contentious matters with a special focus on issues involving competition, State aid, public procurement and regulatory law. He advises clients in the energy and resources, infrastructure, waste, health, transport, human resources management and food and beverage sectors.

Clement regularly assists bidders with the drafting of tender documentation and joint bidding agreements and with any subsequent challenges by aggrieved bidders before the Public Contracts Review Board and the Court of Appeal. He also advises clients on concessions, private public partnerships, and EU State aid implications on public procurement processes.

Clement is appointed as the Malta Contributor for the Oxford Competition Law Case Reports series.