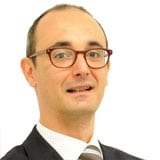 Dr Conrad Portanier’s legal practice focuses on banking and financial law, as well as general commercial and corporate law. Conrad heads the Banking and Finance team at GANADO Advocates and has a wealth of experience in advising domestic and international financial institutions. He has considerable practical experience in structuring deals and advising on various aspects of commercial and financial law. He is also responsible for issuing the firm’s industry legal opinions to a number of organisations including the International Swaps and Derivatives Association, Inc. (ISDA), the International Capital Markets Association (ICMA) and the Central Bank of Malta.

Conrad Portanier assists domestic clients from the banking industry with capital markets matters, including rights issues. Interviewees appreciate that he is “very skilled, very attuned to innovation and a very thoughtful thinker” and also adds that Portanier “thinks ahead and has a very sophisticated mind when it comes to negotiating financial documents.”Chambers Global, 2020