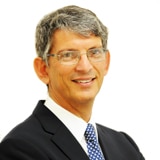 Dr. Max Ganado has been practising law for over 35 years. He started his career as a maritime lawyer dealing with all aspects of shipping, including ship finance. He became a Partner of the firm in 1986 and moved on to develop the Financial Services practices at GANADO Advocates. He has been heavily involved in the drafting of new legislation required for the development of Malta as a financial centre, including the revision of the law relating to trusts and the law on legal persons and foundations, as well as on netting, securitisation and aviation. He is now heavily involved in the design and development of laws and practice around DLT and smart contracts as Malta takes a proactive stance in this regard.

Max has been delivering lectures on varied subjects for a number of years, having been actively involved in disseminating education to the Maltese legal professions and Maltese law students. He has published various articles and has acted as editor of a number of publications.

Max was the firm’s Managing Partner for 6 years. In 2015, he moved into a Senior Partner position within the firm, taking over a mix of duties, some professional and others relating to strategy.

Market sources call Max Ganado “a top-notch lawyer,” highlighting his creativity and cleverness. He leads the firm and boasts deep experience in the financial sector, remaining a key figure involved with some of its largest multinational clients. Chambers Global 2018