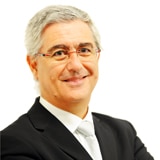 Dr Stefan Frendo is a Consultant at GANADO Advocates, specialising in the field of financial services litigation as well as disputes relating to media, fraud, hacking, intellectual property and human rights (having assisted clients in local courts and the European Court of Human Rights). Stefan is also particularly active in commercial and civil litigation and issues relating to labour and industrial law.

Commercial issues are relatively demanding on the legal profession. Accordingly, GANADO Advocates appointed a dedicated individual to handle issues relating to this field of law. Stefan holds such role within the Firm, being responsible for troubleshooting such issues when they arise and for seeing them through to their resolution.