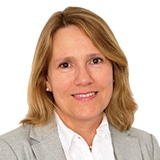 As former Director General of the Office for Competition within the Malta Competition and Consumer Affairs Authority, as well as a senior case handler for a number of years, Sylvann was involved in many investigations concerning anti-competitive agreements and abuse of dominance in various sectors and often participated in proceedings before the Competition and Consumer Appeals Tribunal and the superior courts. She also had the opportunity to assess a number of mergers and acquisitions. She participated in various seminars and conferences on competition law and represented the Office for Competition in various fora, including the European Competition Network, OECD and UNCTAD.

She is a visiting senior lecturer, tutor and examiner with the Faculty of Laws and the Institute for European Studies within the University of Malta. Her teaching areas cover competition law, human rights in the EU and administrative law.